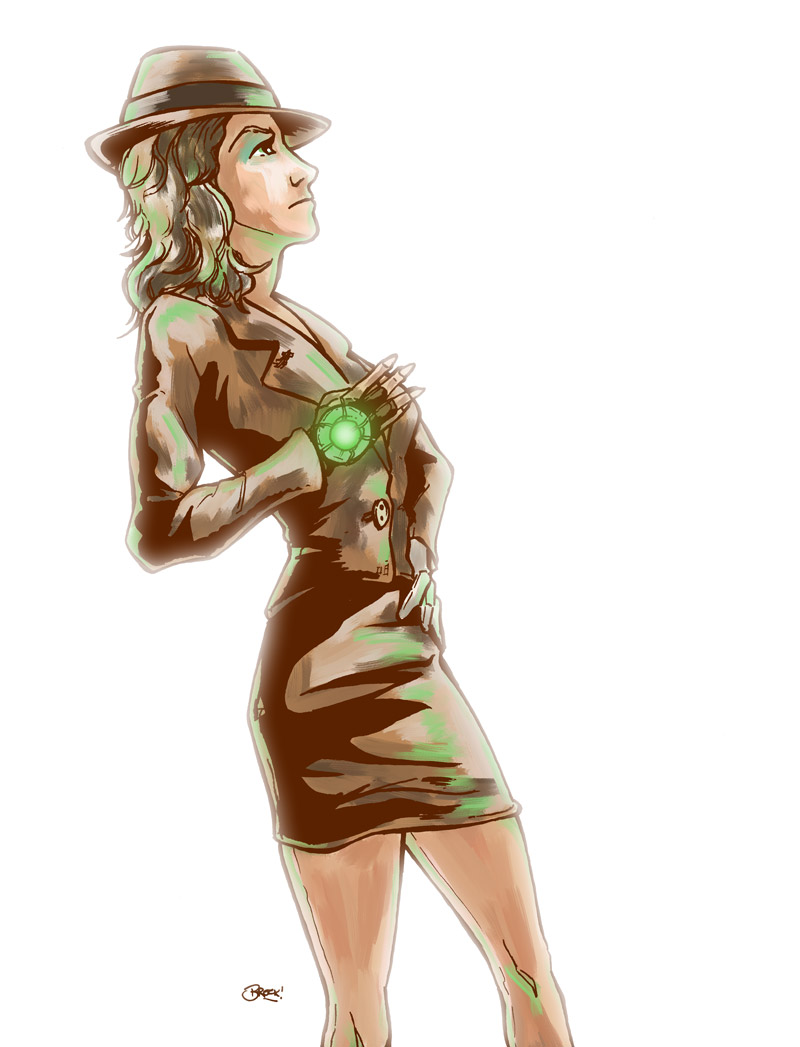 I’ve spent the past several months writing projects, shelving them, and starting newer, smaller projects. Due to time constraints, I haven’t felt comfortable starting a 150+ page project and wanted to dip my toe in the water with smaller, more manageable projects while I position myself financially to work on longer projects in the future.

Of course, once I get into a story concept, it’s really hard not to expand upon the idea until it’s a full-fledged story. Originally, this latest project was intended to be a 16 page short story that I could get in and out of in a couple of months. Well, that didn’t work out for me. After the dust settled, this story clocked in at a much meatier – though still quite manageable – 64 pages. Still, that’s just about a year of work so I can do it and damn it, I’m going forward with the story.

Now that I’m done writing (mostly), it’s time to start drawing again. And damn, I’m rusty. This is a proof of concept for the comic book art style I want to use for the book… I like the idea behind it but the implementation is rough. She’s too skinny, her head is too big, and it’s a big ol’ mess when you get right down to it.

But it’s a start. Expect to see more of these drawings in coming weeks as I prepare to start production on the book itself (which I’ll be previewing here as well before posting it online chapter-by-chapter).