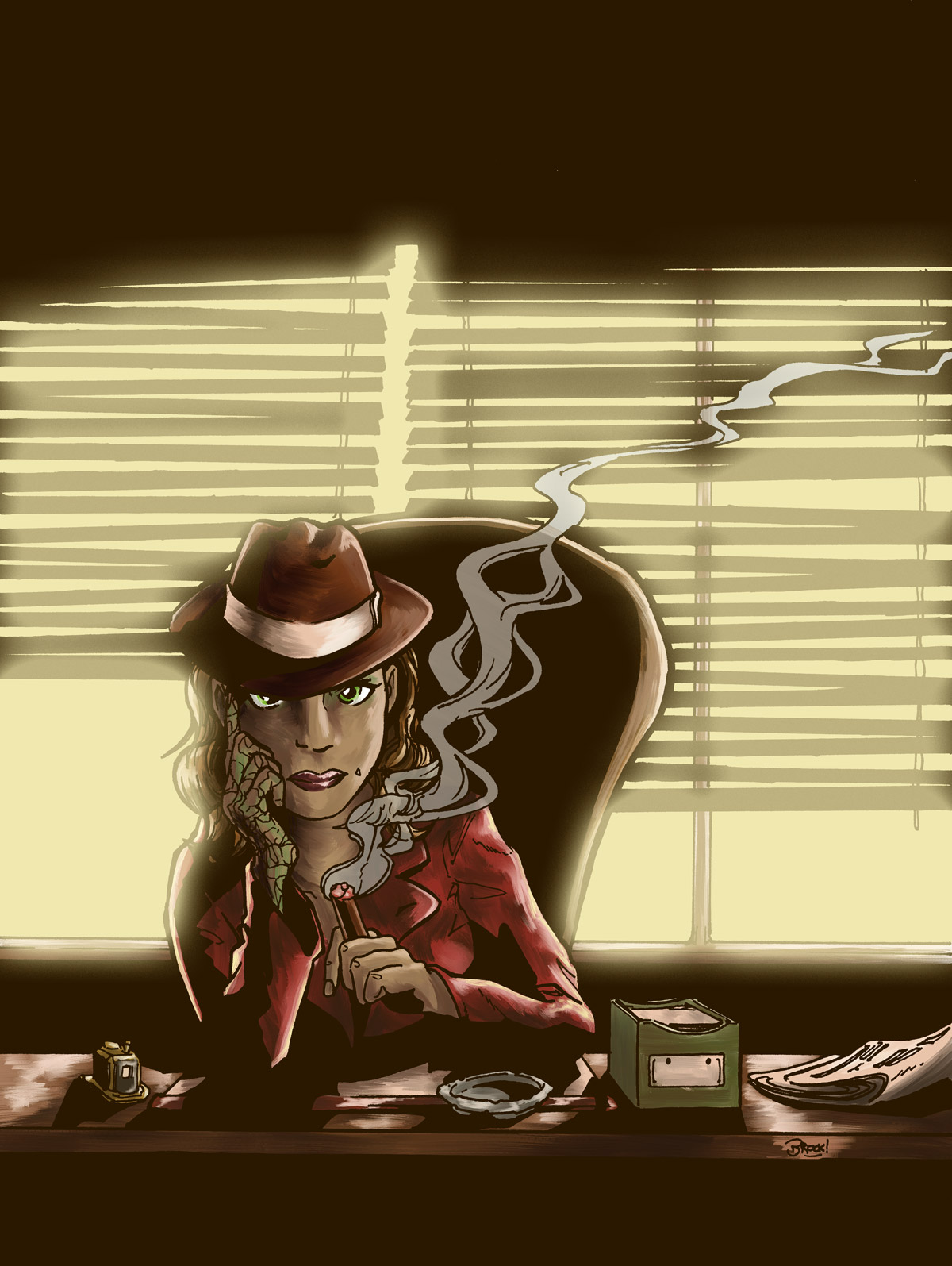 Due to scheduling conflicts, there will not be a podcast this week. Instead, I’ll post another sample of the concept comic book art I’ve been working on for my upcoming project. The comic draws heavily on film noir themes, with a slight sci-fi twist. It’s a short story, clocking in between 50 and 70 pages. It features a female lead character and… uh… other stuff. I can’t really say more than that right now.

I’m still working out many of the visual details of the book, though the script itself is nearly complete and only needs some fine-tuning. The next few weeks will be spent drawing more concept pieces like this and then I’ll begin production of the comic itself. I like the style used in this piece but my art is still too rough and I need to brush up a bit before I tackle the always-difficult task of drawing sequential art. Expect to see a lot of backlighting and glow-y effects in this book, along with desaturated colors and lots of sepia/brown.

That’s it for now. Check in next week for a new podcast and/or more art!