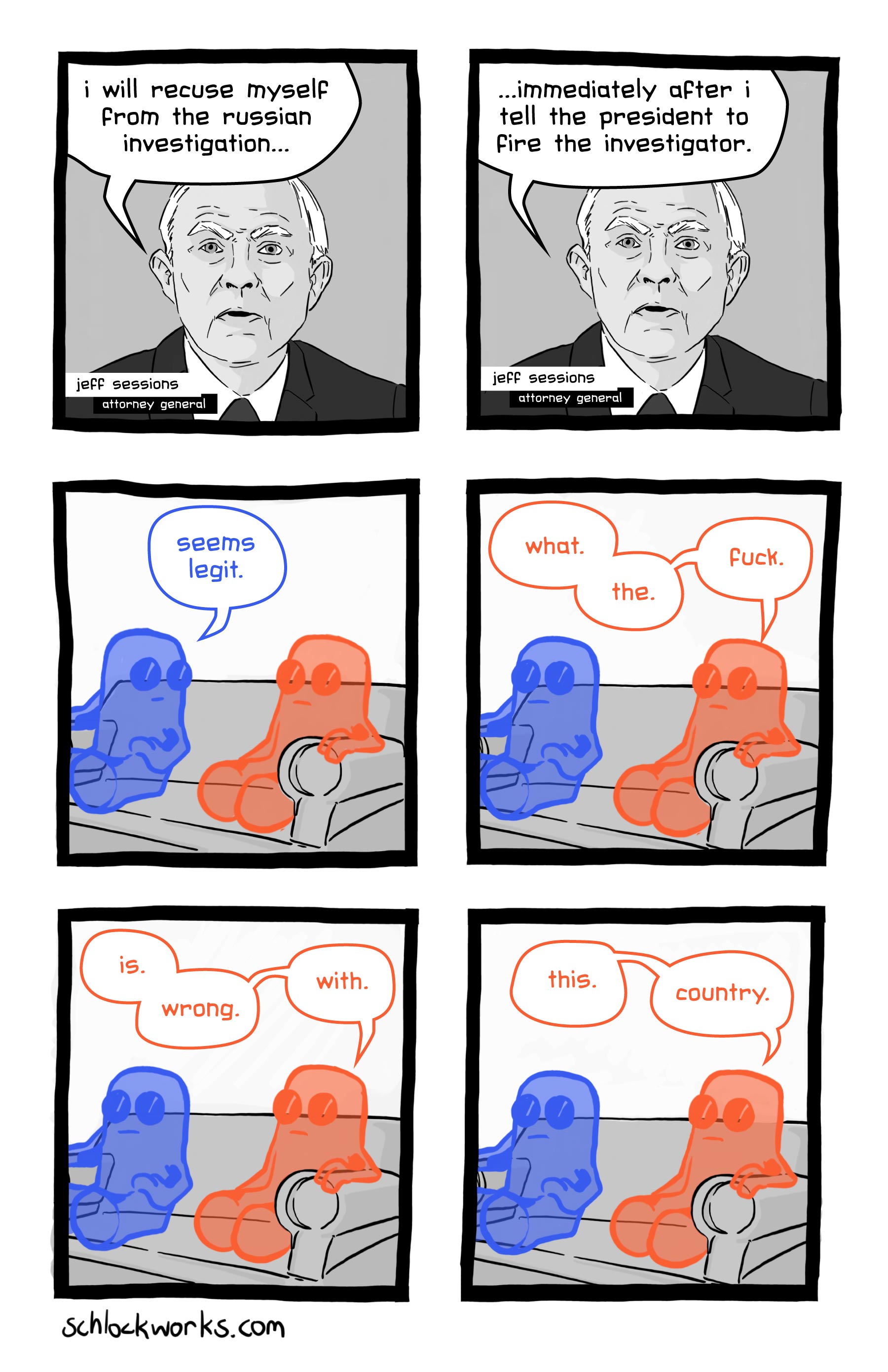 Especially if you're innocent. When that investigator happens to be the guy who helped usher you into the White House by investigating your opponent, matters only become more complicated. When your own attorney general - a man who recused himself from the investigation due to personal involvement with Russian officials - the situation enters clusterfuck status. This is bad. This is very, very bad. We should all be outraged. It doesn't matter if you believe the guy is innocent or guilty, the process has been tainted. This isn't a partisan game. It doesn't matter if your team "wins" or "loses". This is about the sanctity of our government's laws and institutions and the 350 million Americans who live under those laws.