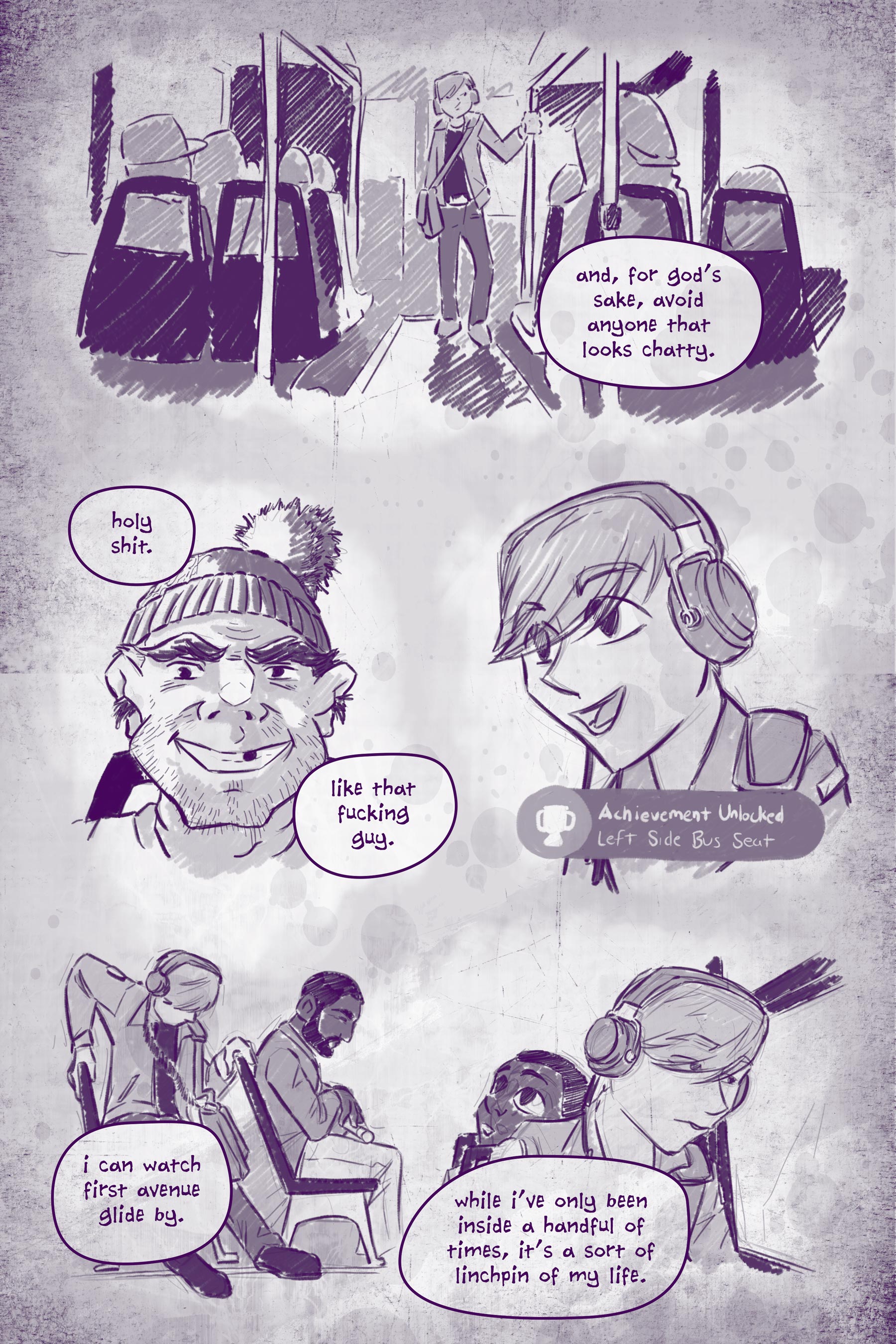 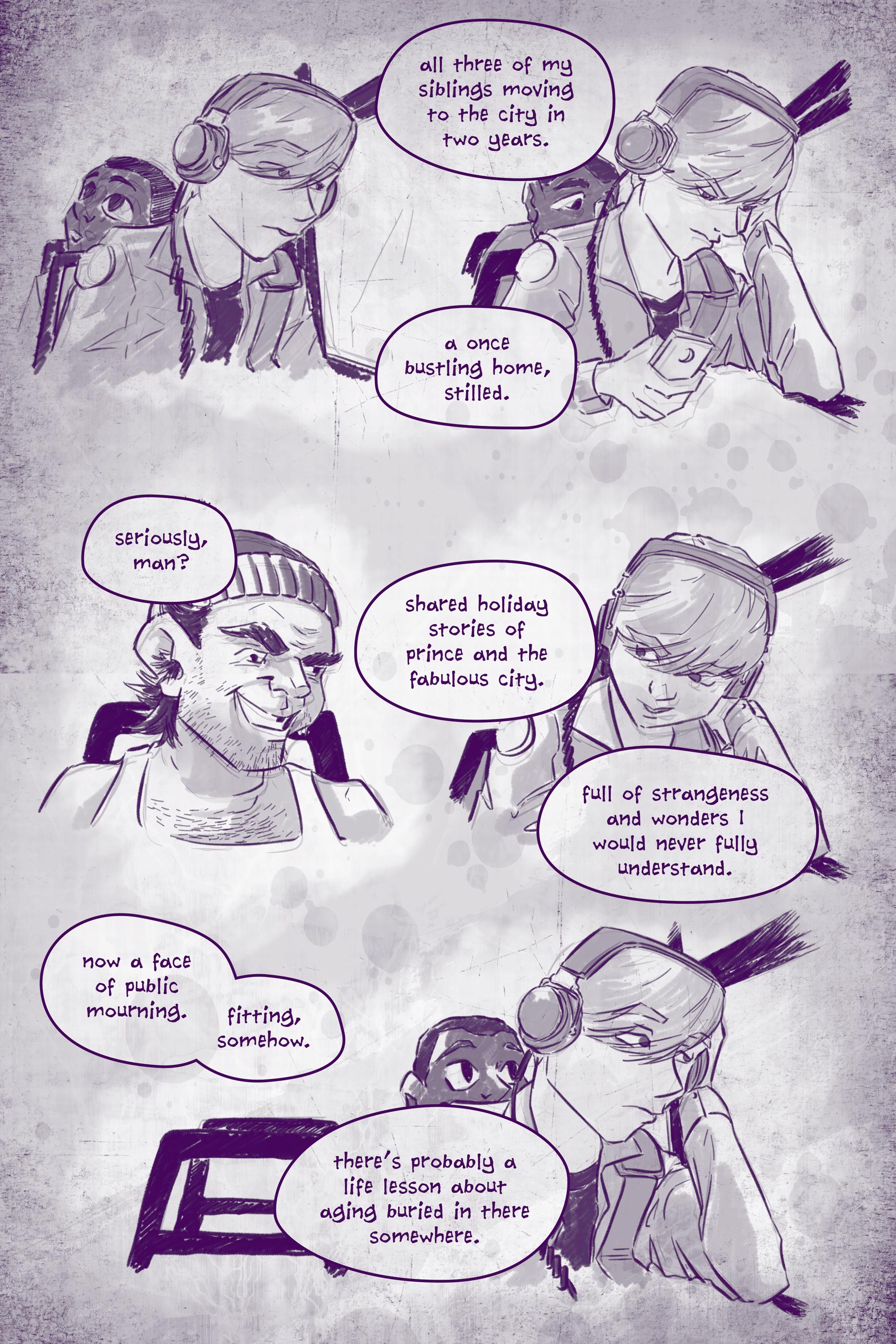 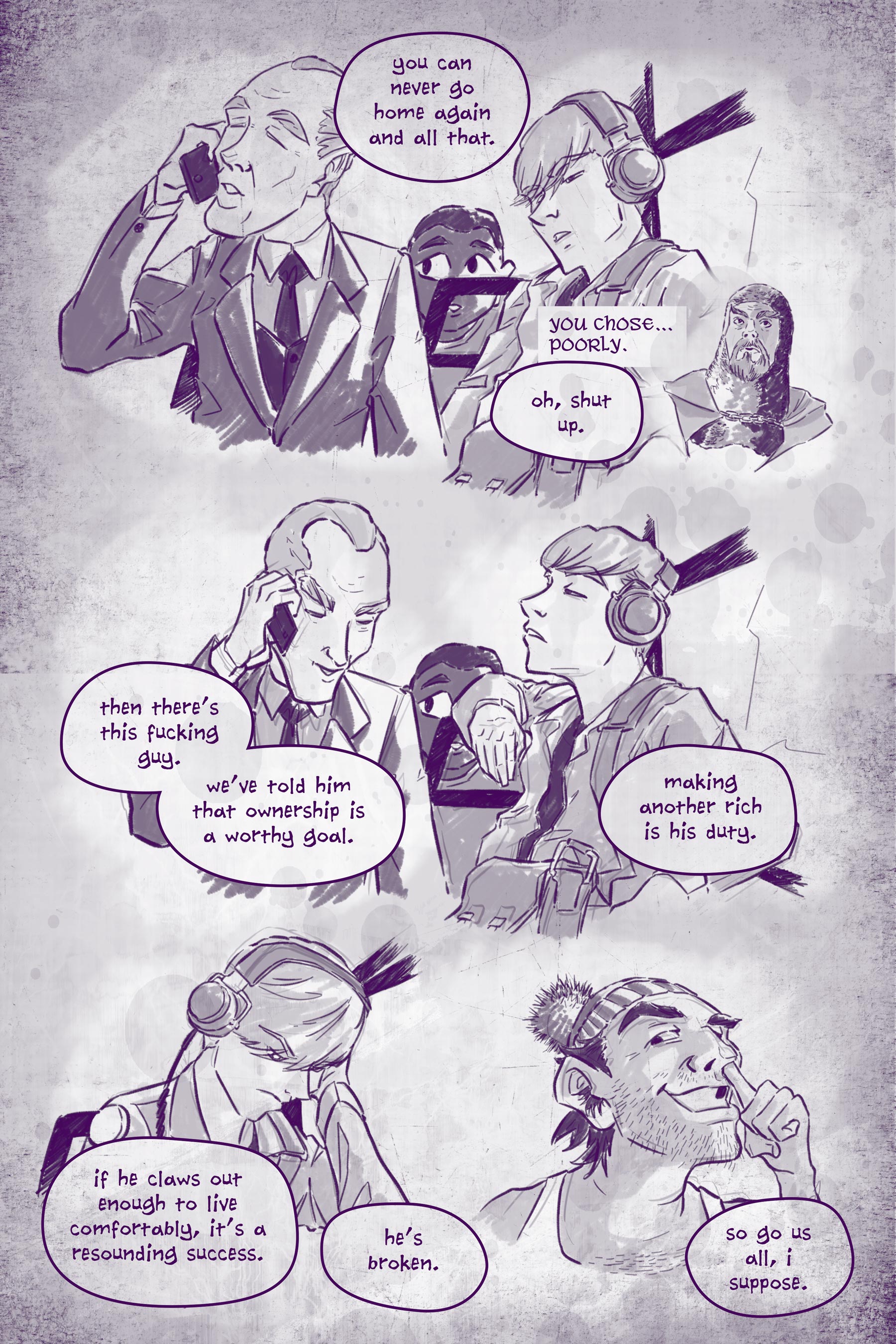 Originally, I attempted to write this comic book using the "Marvel Method". I wrote a loose script/plot, organized my thoughts a bit, and then started drawing. No finalized script, no panel-by-panel breakdowns, just wing it and go. I was hoping this would keep me fast and loose, sticking to the core of the story and allowing myself to stretch out a bit after working under such rigid scripts for so long. I was wrong. The project quickly turned into an unmitigated clusterfuck of half-baked ideas, painfully awkward cut scenes, and confusing text. I see the Marvel Method work for other people but after giving it a whirl, I just don't see how anyone writes a decent story with only an outline. I couldn't even keep the pacing consistent through ten pages, much less set a tone or tell a coherent story. As a result, what you're seeing here is a patched-together version of those pages with new dialogue throughout. The first eight pages I drew were so rushed that I had to go back and draw new pages, interspersing them between the old. The pacing of the story was that bad. C'est la vie.