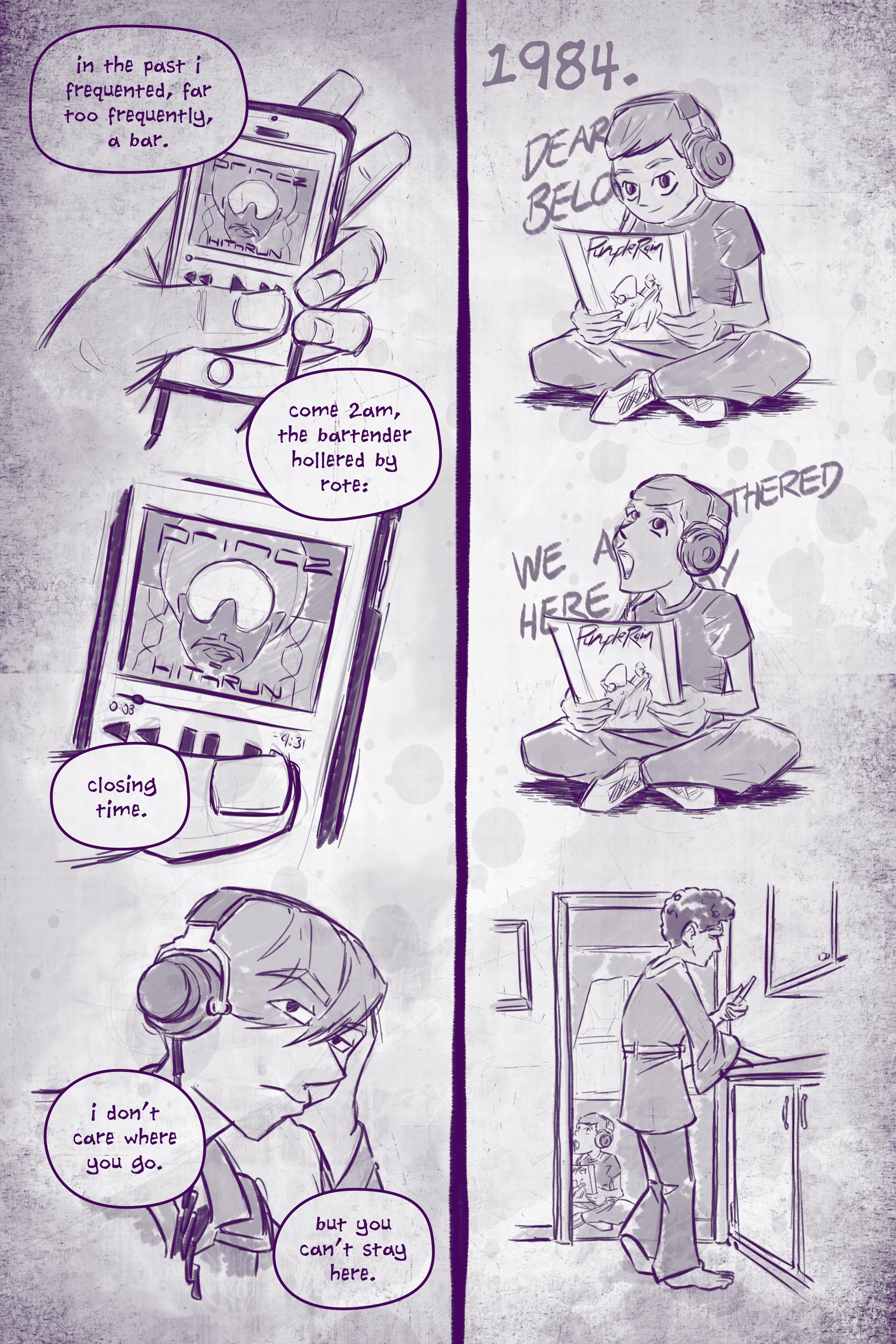 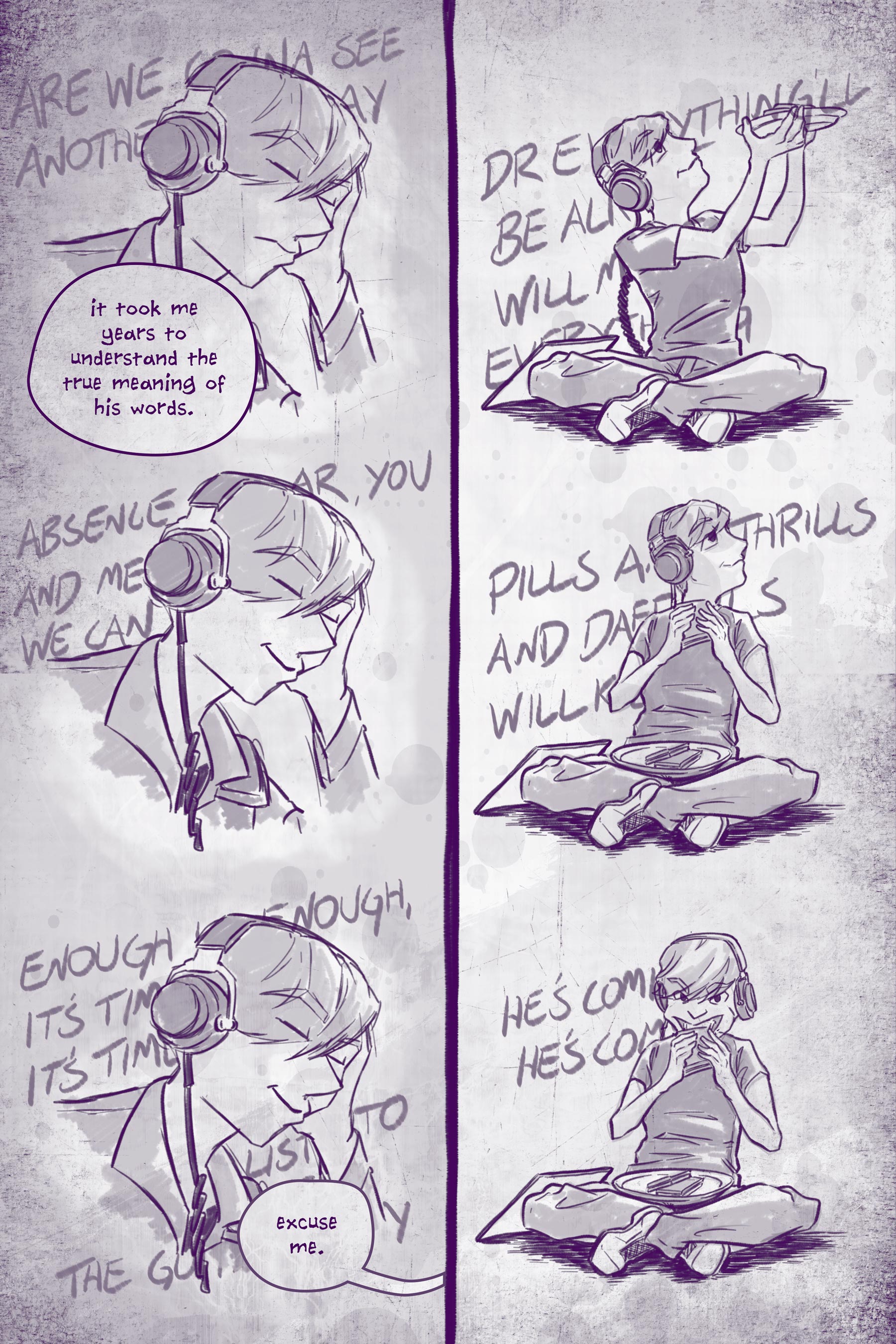 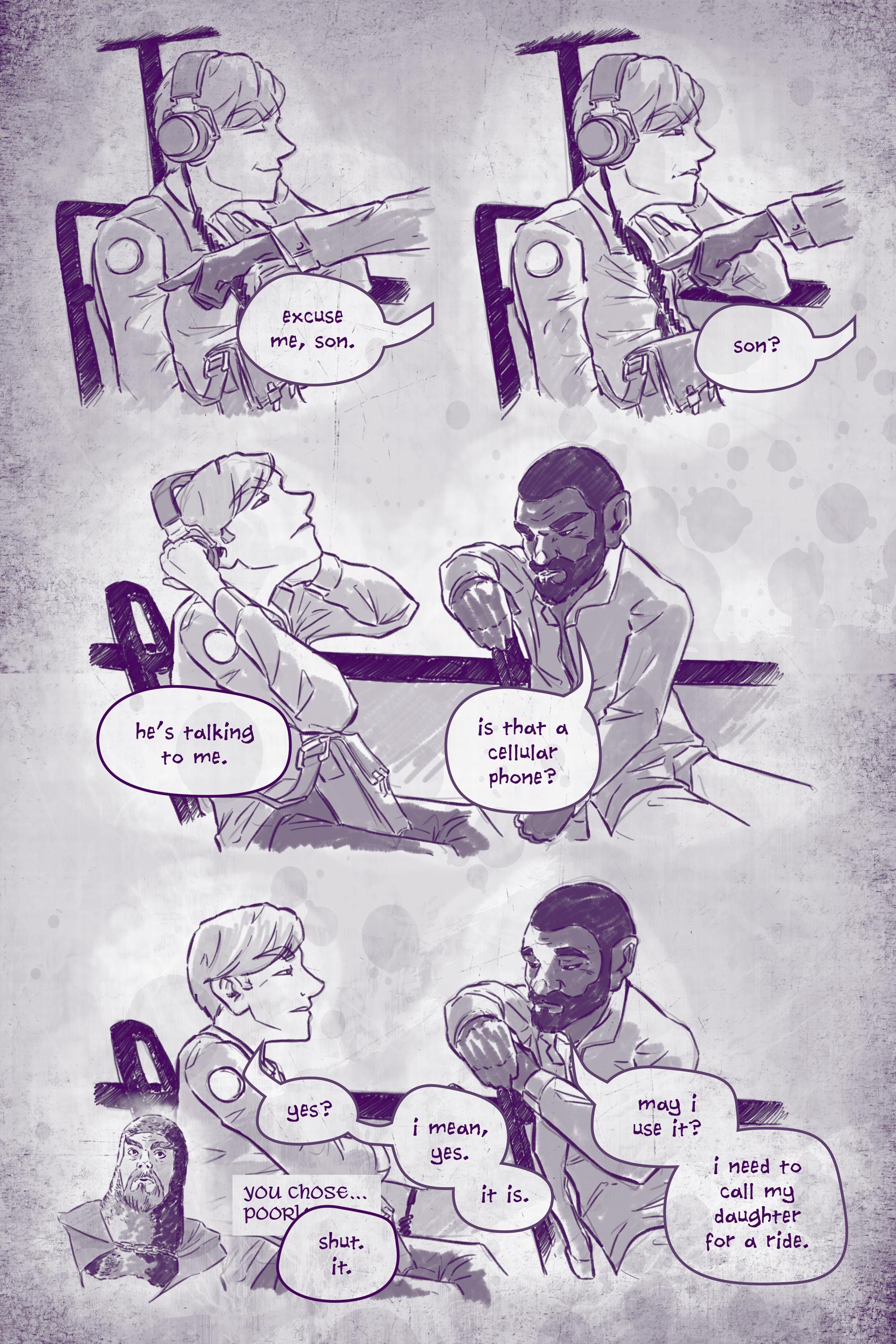 This is where the comic book script basically fell apart on me. I had to start writing about myself in a very real way. Initially, I tried to skirt the more painful situations - a defense mechanism to make me feel good about myself - but I later deleted the entire section and started over. It didn't reflect who I was, it didn't shine a light on some of my more uncomfortable thought processes (and, let's be honest, latent racism). So here you go. It really sucks to realize you're a bit of a racist, even when you've spent the vast majority of your adult life living in very diverse neighborhoods and putting a lot of thought into your social interactions and behavior. There's always work to be done if you look hard enough. This scene was borne out of a real interaction I had on the bus, followed by a conversation with other white people, who denied ever having such thoughts and emotions. To which I promptly called "bullshit". It's impossible to fully accept systematic and institutionalized racism if one refuses to examine their own thought processes and realize they may be, just may be, part of the problem.