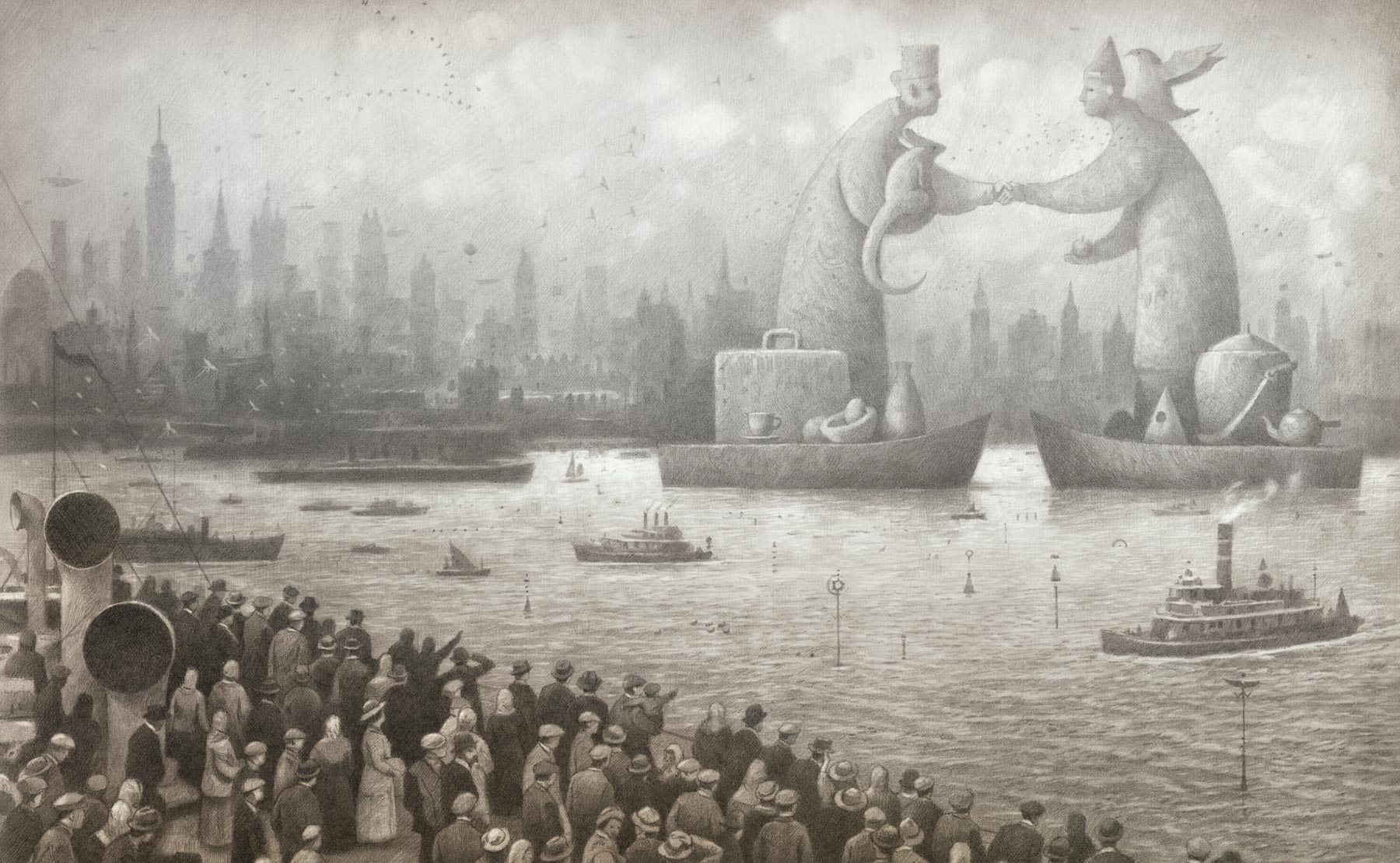 Being a poor immigrant must be one of the most disorienting ordeals that anyone could endure. That would go double for those that do so because they are fleeing something horrible in their own land. The Arrival from Shaun Tan seems like an ernest attempt to convey that experience without words. Brock and Nick would argue it is more successful without them.

Getting the nice, positive, review for this comic book podcast out of the way, Nick is a sadist who forced Brock to watch Batman V Superman. Yes, it gave WB more money, but the desire to drink in Brock’s sweet disappointment was very strong. So, last week CCCP presented Nick’s take, but this week is the more in depth conversation. At least, though, there is Netflix’s Daredevil which kills it again in the second season. Hmm, maybe it is possible to make comic book shows that are dark, good, and true to characters.